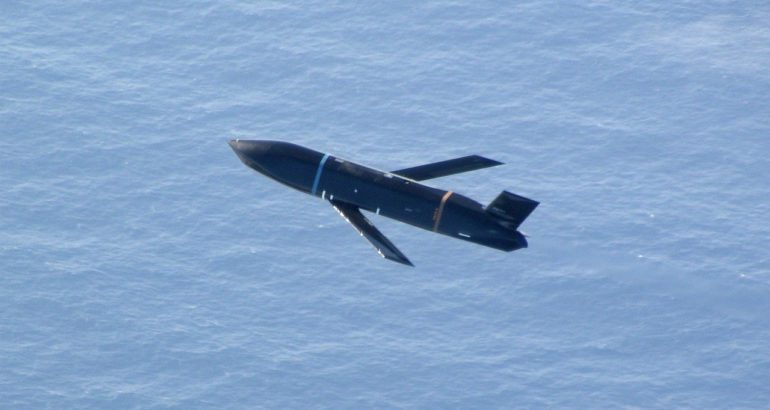 Much focus today is on hypersonic and ballistic, long-range munitions.  However there is still a significant need for a large number of boring, subsonic cruise missiles, especially to fill VLS cells.  The Tomahawk cruise missile has performed well in this role, but it's getting long in the tooth. It has three major shortcomings,

To fill these gaps, I propose we build a Next Generation Cruise Missile (NGCM).  The notional requirements are as follows,

The Mk57 VLS was meant to be a "next generation" VLS for the Navy.  It was designed to allow for larger, longer, and heavier munitions than the Mk41 VLS.  Currently only the DDG 1000 class carries the Mk57, but the IAFM makes heavy use of it in its Frigate Arsenal Shps (FMG-150s) and the new Cruiser (CG-150).

The 2,000lb Mk84 bomb and its deep penetration cousins are workhorse munitions for the USAF.  The core warhead bodies are mated with various guidance kits to form munitions like the GBU-24 Laser Guided Bomb and the GBU-31 JDAM.  Over 5,000 GBU-31 JDAMs were dropped during Operation Iraqi Freedom, making it the second most used guided munition of the war (after the 500lb GBU-12).

Lethality Effects Mk84 (depend on HE charge type)

The BLU-109 penetrator warhead variant will soon be replaced by the BLU-137 Advanced 2,000 lb. Penetrator (A2K).  The BLU-109 can penetrate four to six feet of concrete.  It's unclear how much more the BLU-137 can penetrate.
Iraqi Hardened Aircraft Shelter Struck by at least two BLU-109-class warheads (Kopp 2008)

The current TLAM-E is estimated to have a range of around 900 nmi.  The NGCM requirement increases that by 33% to 1,200 nmi.  This allows ships carrying NGCM to either stand off further from the enemy coast, or reach deeper into their territory.  To gain this extra range, NGCM will make use of the following techniques:

1. Owing to its VLO airframe, it doesn't always have to fly the Hi-Lo flight profile as shown below.  Instead it can fly Hi-Hi all the way, where the jet engine and airframe are far more efficient. 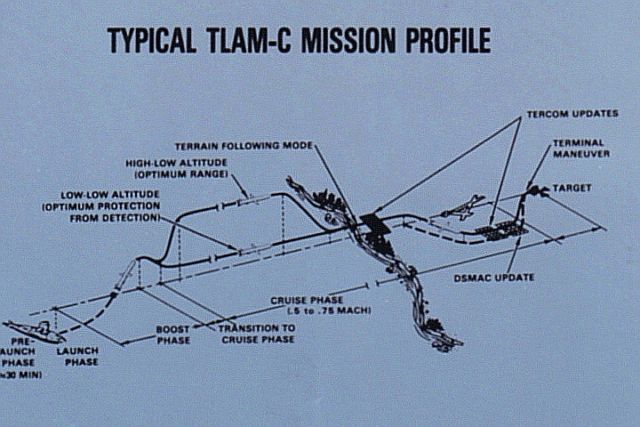 2. A more efficient airframe and engine.

Back in 2006, Lockheed Martin started a company-funded effort for what they called the "Cruise Missile XR",

Known as the Cruise Missile Extended Range (XR), the company-funded concept entails a stealthy, 5,000 pound-class weapon that can fly out to 1,000 nautical miles to deliver a lethal payload up to 2,000 pounds precisely on target, said Ed Whalen, director of Strike Weapons Business Development for Lockheed Martin Missiles and Fire Control.

This is broadly in line with my requirements, with only a 200nmi shortfall.  14 years of materials and engine development since then might be able to push it the rest of the way.

A smaller 1,000lb warhead variant might be developed with even greater range, to hit even deeper targets.

JASSM was designed to be stealthy.  NGCM would continue with this capability.  VLO greatly improves its survivability when flying through advanced IADS.

In addition, both JASSM and it's anti-ship derivative LRASM have guidance, and seeker technologies that can be more or less lifted for NGCM.  Tomahawk has SATCOM networking, GPS-less, terrain matching guidance, and the forthcoming Maritime Strike variant has a radar seeker.  Any or all could also be incorporated.  It would be nice if all NGCMs were both land attack and maritime strike missiles, but there may be a need to develop different variants.